One of the most important countries when talking about the origins of MMA is undoubtedly Brazil. The country that has implemented itself in the origin of this growing combat sport, began with the Gracie family back in the 1920s, when they developed BJJ (Brazilian Jiu-Jitsu).

BJJ will become a staple martial art for most Brazilian MMA fighters who made it to the top promotions. And there are plenty of them who reached greatness.

UFC, the most prestigious MMA organization in the world, was co-founded by Rorion Gracie, back in 1993. So, you can’t mention MMA without mentioning the great country of Brazil. 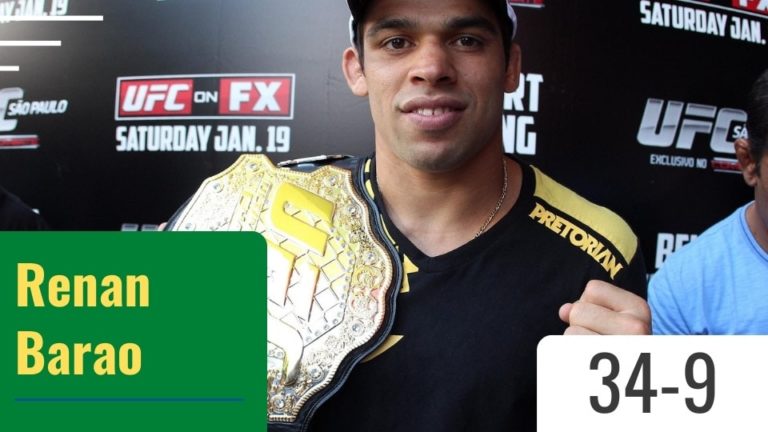 Born in Natal in 1987, Renan Barao is a former UFC bantamweight champion and holder of a black belt in BJJ under Andre Pederneiras. Until his loss at UFC 174 to T.J. Dillashaw, Barao held an impressive streak of 32 fights without a loss. 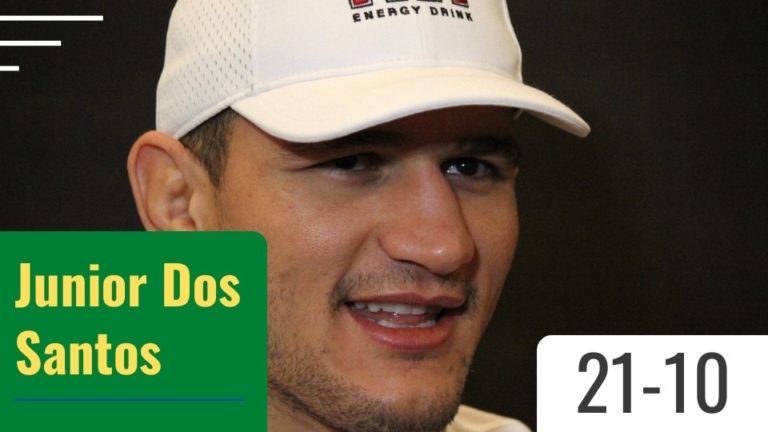 Considered one of the best Brazilian heavyweights of all time, Junior Dos Santos, nicknamed “Cigano”, won the UFC Undisputed Heavyweight Championship when he knocked out Cain Velasquez in 2011 with a vicious uppercut in the first round.

While he finished his career in the UFC with a 4 fight loosing-streak, he has notable wins over the former champion Stipe Miocic, considered one of the best heavyweights of all time, Mark Hunt, Derrick Lewis, Mirko Cro Cop, and Frank Mir. “Cigano” holds an MMA record of 21-9. 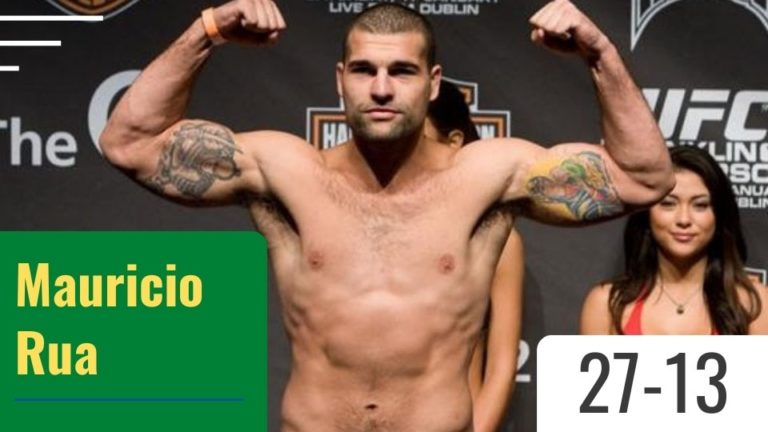 A current Light Heavyweight with a record of 27-14 and a former UFC Light Heavyweight Champion, “Shogun” Rua, was a terrifying fighter in his prime. He started his career back in 2002 in Vale Tudo, a brutal Brazilian combat sport with not many rules. From 2003 to 2007, Rua competed in PRIDE, where he won a Middleweight Grand Prix defeating Ricardo Arona.

His first attempt at the UFC Light Heavyweight gold was short, controversially losing to fellow Brazilian Lyoto Machida. However, 7 months after that loss, “Shogun” re-matched Machida for the gold and won.

He never defended his title, because in his next fight he faced Jon “Bones” Jones, and lost. That win over Rua started Jon Jones’ famous reign as a UFC Light Heavyweight Champion. 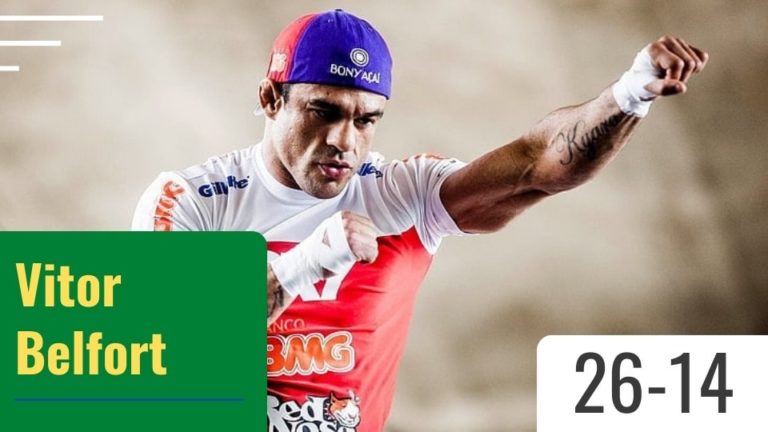 Born in Rio de Janeiro in 1977, Vitor “The Phenom” Belfort is best known for his explosive punching power and a win against Randy Couture in under a minute that has made him a UFC Light Heavyweight Champion. Holding a black belt in BJJ, a black belt in judo, and a Purple belt in Shotokan Karate, Belfort was also a Cage Rage Light Heavyweight Champion.

Belfort’s notable wins were over Dan Henderson (x2), Michael Bisping, Anthony Johnson, and Luke Rockhold. He is now retired and holds a record of 26-14. 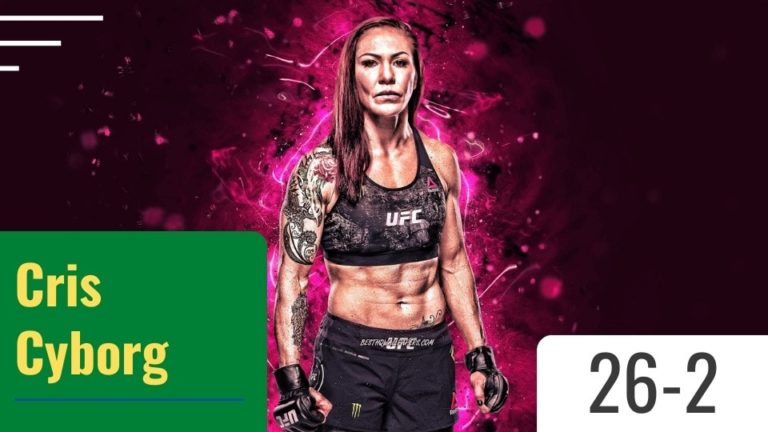 Cris Cyborg is an MMA fighter from Brazil who has been competing since 2005. She has won titles in Strikeforce and Invicta Fighting Championship before signing with UFC.

Regarded as one of the best female MMA fighters of all time, she held a Featherweight title in UFC until 2018, when she lost to Amanda Nunes, a fellow Brazilian. That is her only loss in the UFC.

After that loss, she competed only once again in the UFC against Felicia Spencer, and she won. After that fight, she signed with Bellator, where she currently reigns as the Featherweight Champion. 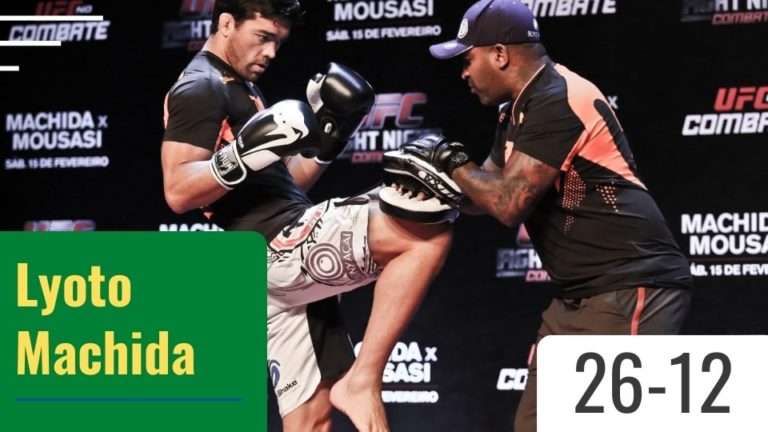 Nicknamed “The Dragon”, Lyoto Machida has a 3rd-degree black belt in Shotokan Karate and a black belt in Brazilian Jiu-Jitsu. A former UFC Light Heavyweight Champion, Machida is one of the best karate fighters the MMA world has ever seen and he is also known for bowing to opponents after he knocks them out. 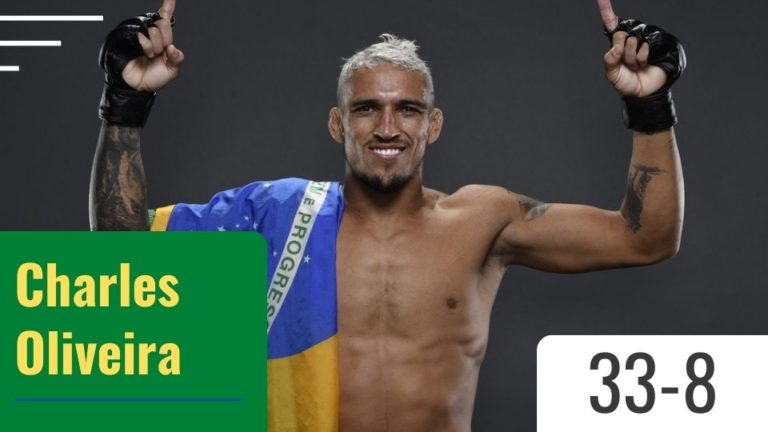 The current UFC Lightweight Champion, Charles “Do Bronx” Oliveira holds a record for most submission wins in UFC (15). A BJJ black belt, Oliveira started his professional MMA career in 2008 and has a record of 33-8.

Known for his excellent grappling skills, Charles Oliveira also holds a UFC record for most Performance Of The Night bonuses. His most notable wins were over Justin Gaethje, Dustin Poirier, Michael Chandler, Tony Ferguson, and Kevin Lee. 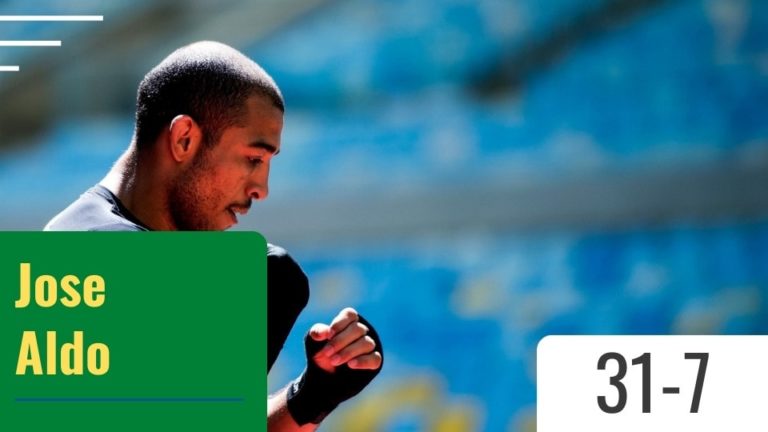 “King of Rio” is a first-ever UFC Featherweight Champion and reigned as champion in that division for a decade, a historic achievement. Regarded as one of the best MMA fighters ever, Jose Aldo has a black belt in BJJ and a black belt in Luta Livre.

Jose Aldo now fights in the UFC’s Bantamweight Division, where he is currently on a three-fight winning streak. His title fight with Conor McGregor in 2015 is considered the biggest fight in the history of the UFC Featherweight Division. He famously lost that fight via a KO in the 13th second of the fight.

But, until that loss, Aldo has won a staggering 18 fights in a row. His most notable wins are over Chad Mendes (x2), Frankie Edgar (x2), Urijah Faber, Cub Swanson, and Rob Font. 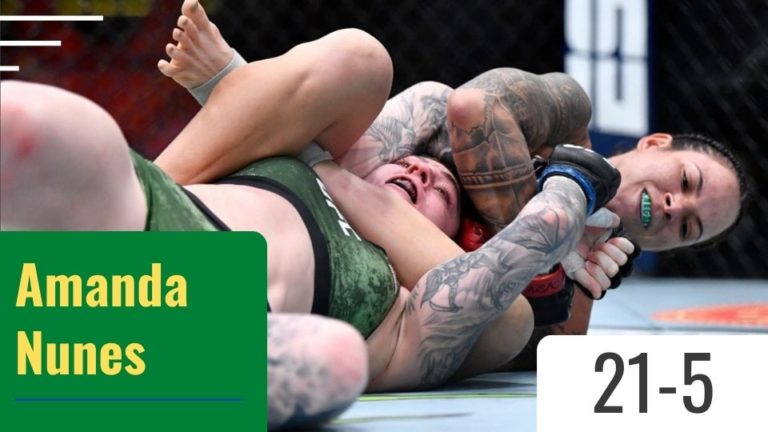 The greatest female MMA fighter in history, Amanda Nunes, is the only female to hold two belts simultaneously. Not only that she hold titles in two divisions at the same time, but she defended them.

A black belt in BJJ and a brown belt in Judo, “Lioness” has an impressive MMA record of 21-5, with notable wins over Ronda Rousey, Cris Cyborg, Valentina Shevchenko, Holly Holm, and Miesha Tate.

She has 7 title defenses in the Bantamweight and Featherweight divisions in the UFC and has the most wins by a female (14), among many other outstanding records. Her timing and movement are phenomenal, and her technique is second to none. 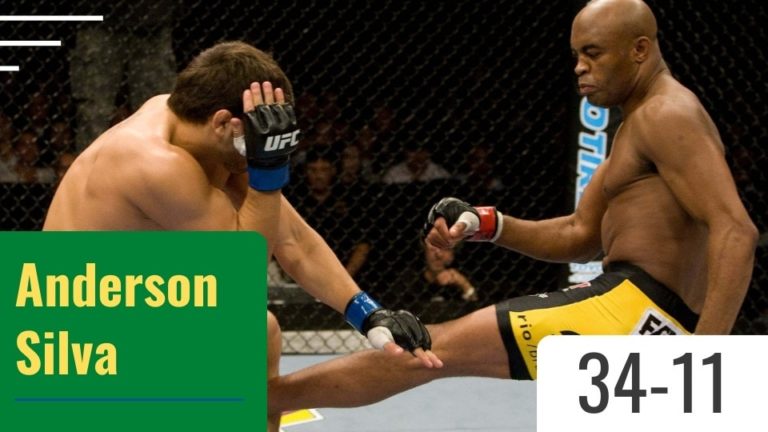 Widely regarded as one of the best MMA fighters of all time, Anderson “The Spider” Silva is known for his beautiful striking, amazing sense of timing, and memorable KOs. A former UFC Middleweight Champion, Silva has 10 consecutive title defenses from 2007 to 2012.

A 3rd-degree black belt in BJJ, Anderson Silva was also a great grappler and an opponent that was very difficult to prepare for. Silva also competed in the Light Heavyweight Division and has a record of 34-11. Most of those losses have come after Silva’s prime.