What is Judo? – Deep Dive Into Japan’s Most Popular Martial Art 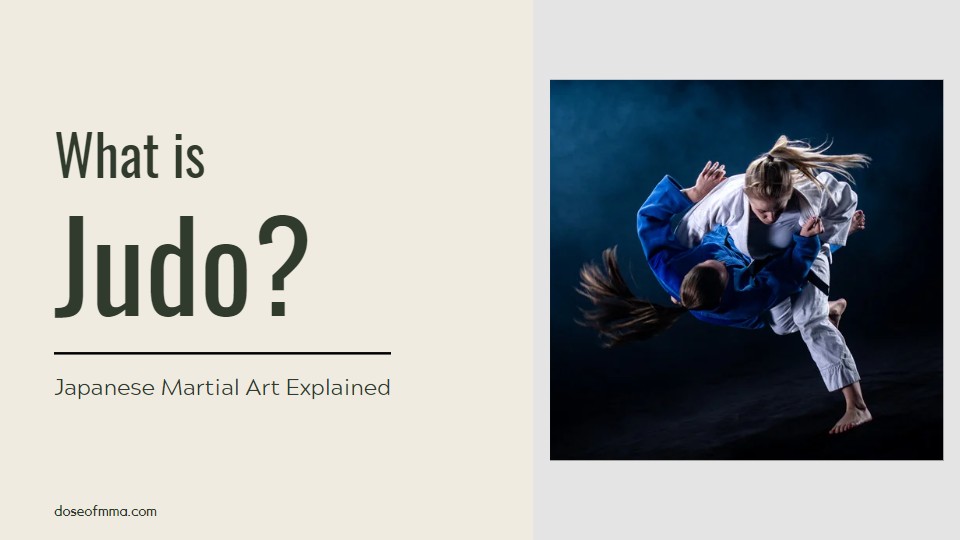 There are many, many martial arts in the world, but very few of them are as popular as judo. A very effective martial art, judo is practiced by millions around the world and is used for self-defense, fitness, and as a competitive sport.

If you are interested in this great Japanese martial art, join us as we explore its meaning, origins, and techniques used in judo.

Judo is a Japanese martial art that involves throws and various ground techniques to defeat the opponent. Judo doesn’t rely on brute force, but rather on sophisticated techniques to overcome the attacker or opponent.

Judo is an art of self-defense, and it teaches the students not only how to defeat someone, but also its philosophy, and way of life.

The word “judo”, literally translated from Japanese, means “gentle way”. Its meaning truly fits the essence of this martial art and speaks what judo is all about.

Judo was created by Jigoro Kano, a Japanese martial artist and a pioneer of modern judo. Kano (1860-1938) had the philosophy of “maximum efficiency with minimum effort”, which he believed was the key to success in judo, and implemented that philosophy in his martial art.

Kano was bullied in his youth, and he wanted to learn how to defend himself. Therefore, he started learning ju-jitsu, Japanese martial art that originated in the 17th century. 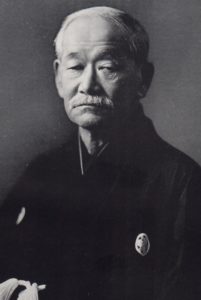 Ju-jitsu is a close-combat martial art that was used for self-defense and attack by the Samurai in the 17th century and continued to be one of the most popular martial arts in Japan even after the time of the Samurai ended.

However, Kano wanted better and even more effective martial art for self-defense, and the evolution was set in motion. Therefore, the evolution of Ju-Jitsu gave way to judo in 1882.

Judo has also added many techniques that were not in ju-jitsu, with the emphasis on throwing techniques, but also a gentle philosophy and a moral code that judokas should follow.

The initial start of judo was modest, as Kano started with just a couple of students. But, Kano wanted to introduce the new martial art to the rest of Japan. He created the Kodokan Judo Institute, where he worked on its development.

As Kano promoted judo and its popularity grew all over the world, it became one of the most popular martial arts, with millions of fans, competitors, and admirers.

The Kodokan Judo Institute that we mentioned has evolved into a big building located in Tokyo, where you can visit the museum and watch judo practitioners train. 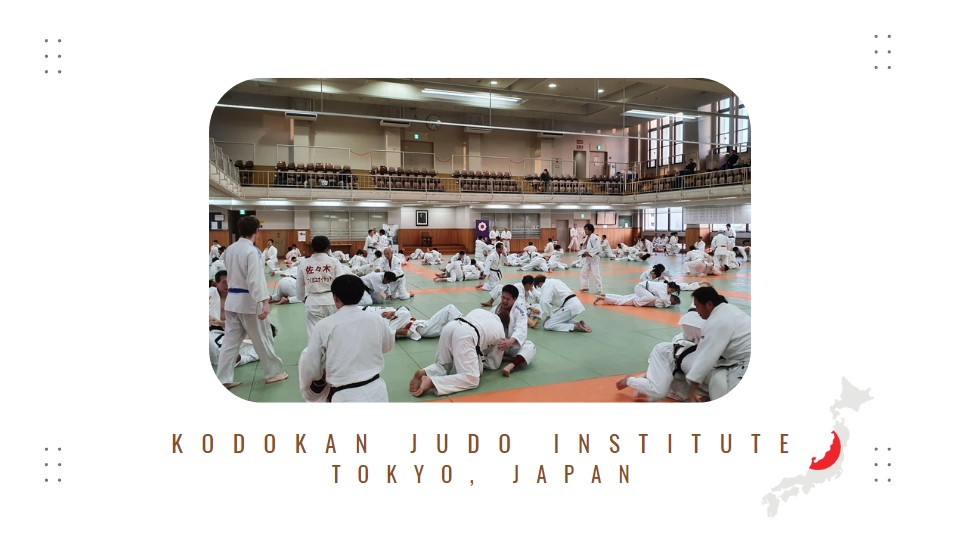 Judo was finally featured in the 1964 Tokyo Olympics, and it stayed an Olympic sport ever since, but not until the 1992 Barcelona Olympics it was added to women’s sports.

The official judo governing body is the IJF (International Judo Federation) and it includes many members across the world. The IJF is also organizing the judo World Championship.

Judo is practiced on a mat, or tatami, as it’s called in Japanese. That is the padding on the floor that prevents injuries and is used both for competition and for practicing. 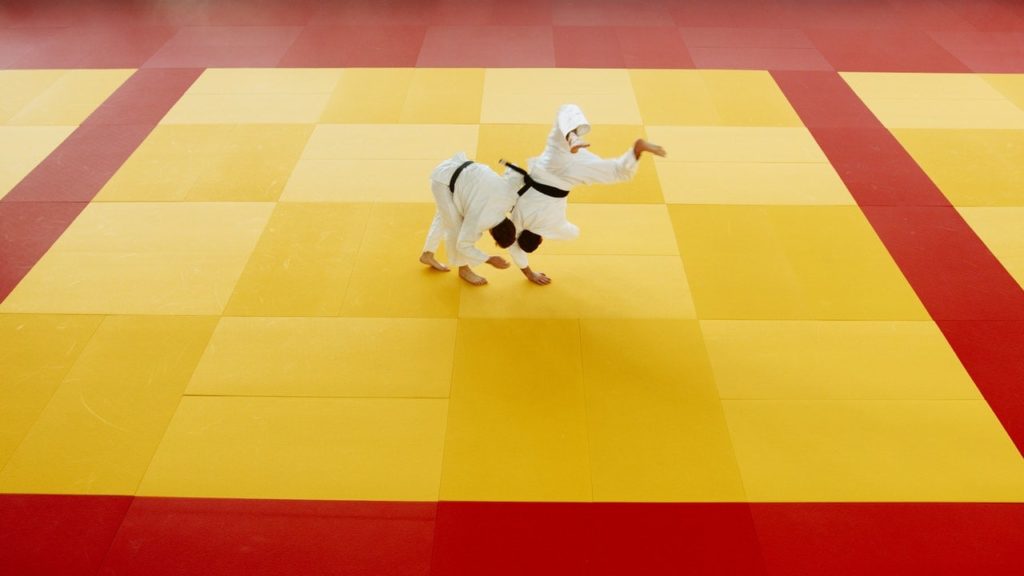 In competitions, the mat is in a shape of a square, and it’s divided into two sections. One section is the competition area, with a size of 9.1 meters in official competitions, while the second section acts as a safety zone, which prohibits colliding with other competitors that are competing on an adjacent mat.

Judo practitioners are known as judoka and must wear specific judo uniforms called a gi. Judo gi’s or jūdōgi, in Japanese, are jackets that are very much alike-looking to kimonos, but are made from much thicker cotton, and also have thick rappel.

They are designed this way so they can withstand the tough matches, and rappels are thick because many judo throws involve grabbing them. 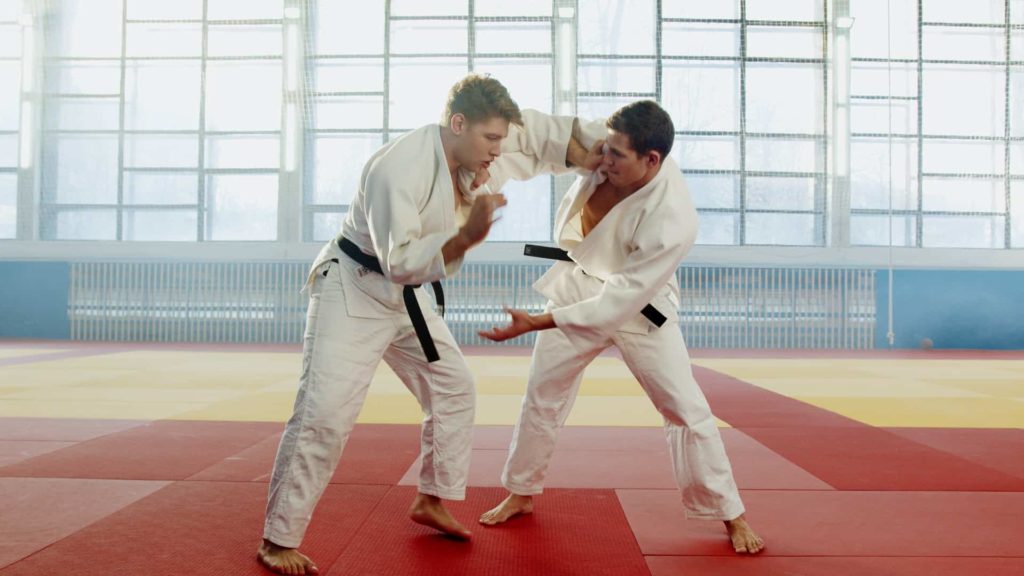 We now know that judo is based on throws, grappling, and pinning the opponent on the ground. However, during kata’s, judo practitioners can also perform striking techniques.

All of those combined form three groups:

Even if you don’t want to practice judo competitively, it’s still a great martial art both for your body and for the mind. Besides, judo is great for self-defense.

Besides the countless physical benefits of judo, it’s a martial art that teaches you respect, builds confidence, and by training judo, you will be in a position to meet a lot of friendly people.

Kids love judo too! It’s a great sport for them, as it’s practiced in a safe environment, and it teaches them how to fight in a safe manner. 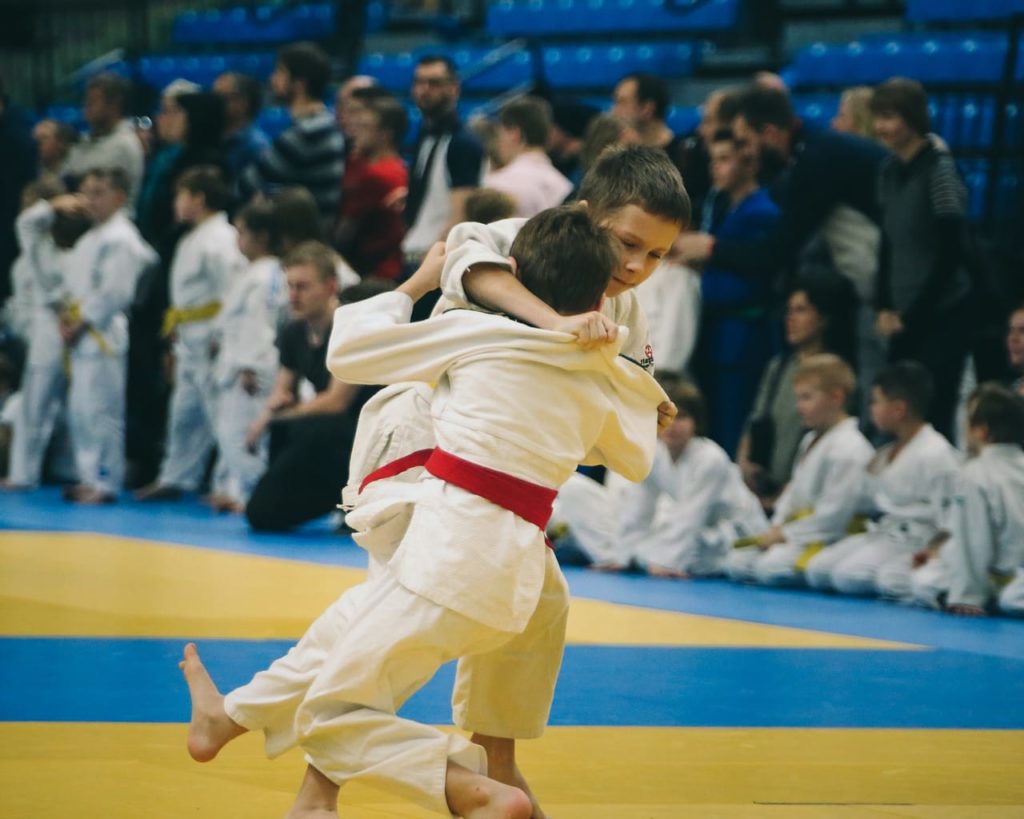 It also teaches kids to handle their emotions and be successful in everyday life.